MTA New York City Transit President Andy Byford today revealed a comprehensive plan to completely modernize every major aspect of the organization and its services, from subways to buses to accessibility to corporate culture.

The plan’s four priorities are all underpinned by three foundations of corporate philosophy that President Byford and his team are working to make the norm at New York City Transit: agility and accountability; safety, security and resiliency; and customer service and communication.

“As I said when my appointment was announced, what is needed isn’t mere tinkering, a few tweaks here and there,” President Byford writes in the Fast Forward Plan’s opening letter.  “What must happen is sustained investment on a massive scale if we are to deliver New Yorkers the service they deserve and the transit system this city and state need…. Now is the time to think big and transform our network so it works for all New Yorkers.”

“President Byford is a proven change agent in the world of international transit and this plan will achieve exactly what he was brought on to do — give New Yorkers the reliable, efficient, accessible  transit system they need and deserve,” said MTA Chairman Joseph Lhota.

Highlights of the plan, which was presented to the MTA Board today and can be seen here, include:

Within five years, the latest computerized signal and track infrastructure will be installed on five additional lines, so three million daily riders are on lines with Communications Based Train Control (CBTC).  Within 10 years, these benefits will cover a total of 11 additional lines, benefiting five million daily riders.  This work will also require the refurbishment, replacement or upgrading of myriad supporting infrastructure and equipment such as power systems, shops and yards, and cars.

Within five years, more than 50 new stations will be made accessible, ensuring that all subway riders will not be more than two stops away from an accessible station.  Within 10 years, this will expand to a total of more than 130 additional stations, with the balance of all possible stations completed by 2034.  Elevator and escalator maintenance and repairs are also being enhanced.  All this physical work will be coupled with equally important customer service enhancements including new sensitivity training for all employees in the next year, and better information about elevator and escalator outages and alternative routes.  Shepherding these and other accessibility initiatives will be a new Accessibility Advisor reporting directly to the president of NYC Transit.

Critical structural and functional repairs, maintenance and improvements will be performed at more than 150 stations over the course of five years, and more than 300 stations within 10 years.  Keeping these stations up to date is critically necessary for regular service delivery and customer safety.

A state-of-the-art fleet of new subway cars and buses.

Within five years, riders will be benefit from the reliability, performance and safety advantages of more than 650 new subway cars, more than 1,200 refurbished cars, and 2,800 new buses including 200 electric buses, provided that there will be industry capacity to meet the demands of such a large-scale design and manufacturing initiative.  Within 10 years, the plan calls for another 3,000 new subway cars and 2,100 new buses, including 1,600 electric buses.  President Byford has expressed a desire to achieve a fully electric bus fleet; NYC Transit will work with bus manufacturers, charging infrastructure manufacturers, power delivery utilities and municipal officials to achieve this goal in New York City.

As noted in the NYCT Bus Plan released last month, the entire route network for local and express buses in the five boroughs is being re-evaluated and redesigned based on ridership patterns, road operating conditions and input from customers, route neighbors, advocates and others.  The Fast Forward Plan calls for this work to be done within five years.

The Fast Forward Plan builds upon the work of the MTA Board Access-A-Ride Work Group by simplifying the application process, using modern technology like GPS to enhance ride scheduling and tracking, and working with NYC DOT to allow Access-A-Ride vehicles to use city bus lanes.

The Fast Forward Plan works to improve the employee experience – and, as a result, performance – by creating new programs for recognition and for dialogue with management, by streamlining bureaucratic processes, by improving opportunities for internal promotion, by better maintaining and improving employee facilities such as bathrooms and crew rooms, by working with labor unions to refresh the approach to discipline, and by working with NYPD and prosecutors to take a strong stand against assaults on employees.  The Plan also establishes a formal agency-wide mentoring program and revamps training and skills development.  There will also be increased focus on diversity in the workforce and diversity training, as well as increased facilities for women and non-gender-conforming individuals.

The Fast Forward Plan embraces and builds upon the emerging recommendations from the MTA Board Work Group on Cost Containment and Procurement in order to ensure the efficient use of capital funding, overhaul processes for faster, more efficient project delivery, and better measure, track and report publicly on performance.  This includes clearer lines of accountability and strengthened project management to improve adherence to schedule and budget, improving the design process to reduce unnecessary change orders, simplifying the procurement process, and modernizing the supply chain.

Embracing and increasing capacity for innovation.

The Fast Forward Plan will support a new “innovation unit” that incubates new solutions to improve the customer experience and operational efficiency, improve the integration of new technology in operations, explore the increased use of public-private partnerships, and pursue and expand upon recommendations from the Genius Transit Challenge.

NYC Transit already removes 11 million metric tons of carbon emissions from the air per year by providing alternatives to personal automobiles.  The Fast Forward Plan keeps up ongoing efforts to require environmental sustainability in new construction including using LEED-certified specifications, and building upon an extensive asset recovery and recycling programs that divert 50,000 tons of waste from landfills annually.  Resiliency equipment and planning efforts begun after the devastation of Superstorm Sandy continue and are making NYC Transit better prepared for major storm events than ever before in its history.

Modernizing the approach to safety.

NYCT is working closely with NYPD to support its expansion of a “neighborhood policing” model to the subway system, as well as to enhance enforcement against, assault and other crimes in the transit system.  NYCT is also going to establish a 24/7 confidential safety reporting hotline for employees to strengthen the safety culture.  Enhanced security measures using the latest detection technologies and collaboration with law enforcement will continue to keep the transit system and its users safe. 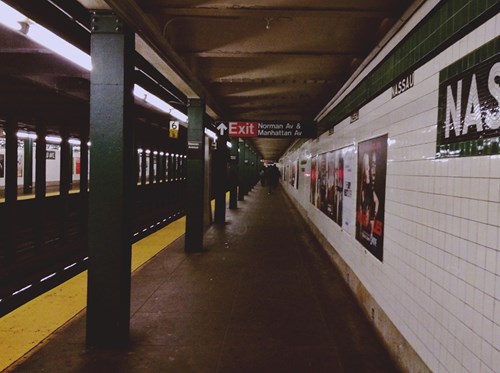 The Fast Forward Plan will build upon existing improvements to customer service and communication and includes a new “Strategy and Customer Experience” division to ensure the interests of customers are considered in all decisions.  Improvements include performance tracking dashboards, train and bus arrival info, wayfinders and roaming station agents. Within the next five years, screens will be installed in all stations and on more than 3,000 subway cars to provide real-time location-specific information, as well as a new mobile-friendly website and app launching this year.  The quality assurance of public address systems in stations, on subway cars and on buses will be strengthened.  A quarterly “Customer Commitment” report will track delivery of initiatives.

In order to track and report progress for stakeholders and the public, the Fast Forward Plan includes twice-yearly reports on the progress of its initiatives. “I believe that New Yorkers want more than just a return to the reliability of yesteryear,” President Byford writes in the Plan’s introduction.  “The world’s greatest city needs world-class transit and this Plan will deliver exactly that.”