ADL will retain its own brand and Chief Executive Colin Robertson, who has led the growth and internationalisation of the company over more than ten years, and Chief Financial Officer, Michael Stewart, will continue to lead ADL. They will also be tasked with driving NFI’s international growth ambitions.

ADL is one of the world's leading independent bus and coach manufacturers offering Alexander Dennis single and double deck buses and Plaxton coaches with a history and heritage of design, engineering and manufacturing excellence that spans more than a century. Headquartered in Scotland, ADL employs over 2,500 team members with over 31,000 vehicles in service and operations in the United Kingdom, Ireland, Europe, Hong Kong, Singapore, Malaysia, New Zealand, Mexico, Canada and the United States. 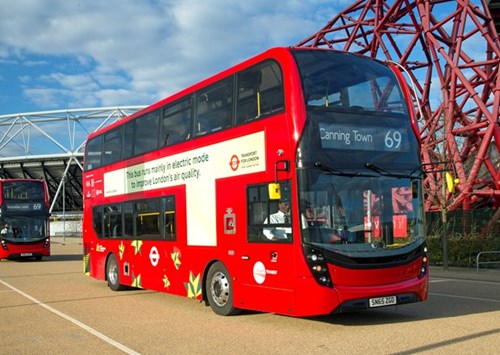 The two companies share similar cultures and values regarding quality and customer experience, as demonstrated in their prior joint venture in North America. There is a clear alignment in management strategy, market outlook, and electric vehicle adoption expectations. The objective is not to cut jobs or rationalise, but to focus on collaboration and best practice sharing. ADL will continue to pursue its strategic plans.

"This is a transformational acquisition for NFI to become a global bus manufacturer,” said Paul Soubry, NFI's President and Chief Executive Officer. “ADL is the UK’s number one bus manufacturer and the number one global producer of double-deck buses, with an established international presence and is recognized as a leader known for innovative products and a commitment to quality and service.  We’re thrilled to have ADL join the NFI family in a transaction that we believe will drive our business forward by combining joint strengths in engineering, sales, new product development and manufacturing with NFI’s expertise in Operational Excellence, insourcing, fabrication and systems management.”

NFI Board Chairman, the Honourable Brian Tobin, P.C. O.C. added, "ADL is a company we know very well, and this acquisition presents a compelling opportunity to make NFI a more diversified and robust business while creating immediate value for our shareholders. NFI’s management team has a track record of delivering accretive acquisitions and prudent capital management which we expect to continue through the addition of ADL."

ADL Chief Executive, Colin Robertson, says: "We are incredibly proud of the growth and success we’ve had building Alexander Dennis over the past 15 years, and I’m excited to have the ADL team join NFI – one great bus company joining another. We believe our consolidated businesses will enhance NFI’s market leading position in North America, while improving NFI’s offering through combined engineering expertise, supplier partnerships, electric vehicle know-how and aftermarket platforms. I look forward to continuing our solid progress at ADL and also championing further international growth for NFI in coordination with Paul and his leadership team”.

Since it was formed in 2004, ADL has gone from strength to strength and demonstrated a track record of consistent growth. In 2018 ADL generated revenues of £631 million, having grown at a compound annual growth rate of 10.5% since 2010, and delivered more than 2,500 buses and coaches across its domestic UK market and multiple international territories.

ADL’s primary shareholders, including Colin Robertson and Michael Stewart, retain an equity interest the business, having been issued shares in NFI Group Inc. as part of the transaction.

Alexander Dennis Limited (ADL) is one of the world’s leading bus and coach builders with a history and heritage of design, engineering and manufacturing excellence that spans more than a century with offices in UK, USA, Canada, Mexico, Europe, Hong Kong, Singapore, Malaysia and New Zealand. As a pioneer in embracing the latest technology, ADL has brought the widest range of low and zero emission buses to market. The group is now recognised as the leading bus and coach manufacturer in the UK and one of the fastest growing bus and coach builders in Western Europe.