Almost half of the railway lines in the European Union are electrified and enable local emission-free rail transport. On the remaining sections of the lines, diesel powered trains are used. Within the EU project FCH2RAIL (Fuel Cell Hybrid Power Pack for Rail Applications), a consortium with partners from Belgium, Germany, Spain and Portugal is developing and testing a new zero-emission train prototype. At the heart of the project there is a hybrid, bi-modal drive system that combines the electrical power supply from the overhead line with a “fuel cell hybrid power pack” (consisting of hydrogen fuel cells and batteries) that works independent of the overhead line. The project FCH2RAIL was already launched in January and the reference routes and operating scenarios for the prototype have now been defined as a first result.

Where energy is available from overhead lines, the train takes the energy from them. When there 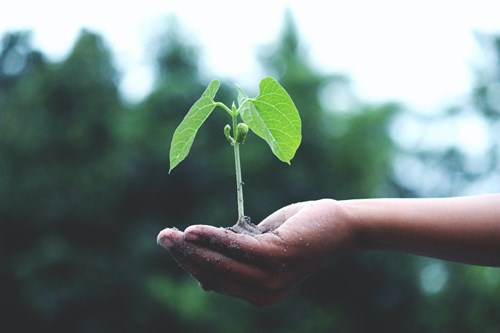 are no overhead lines, the energy will come from the fuel cell and battery system, called the ‘Fuel Cell Hybrid Power Pack’. "We want to show that this type of bi-mode train is a competitive and environmentally friendly alternative to the diesel train", describes project leader and researcher Holger Dittus from the German Aerospace Center - Institute of Vehicle Concepts (DLR).

Today, many railway lines are being equipped with overhead lines in Europe, a very expensive and long-term project that depends on the local geographical conditions. An alternative are purely batterypowered trains, but they have a limited range of operation (30 to 70 kilometres), depending on the route profile and outside temperatures. Current diesel trains have lower performance in terms of top speed and acceleration compared to vehicles powered by electric motors from overhead lines. "Our bi-modal hybrid fuel cell battery system combines the advantages of both technologies: Energy coming from the overhead lines or from on board. This lets us make rail transport even more sustainable and energy-efficient", says technical leader Sergio Gascon, from Construcciones y Auxiliar de Ferrocarriles (CAF), summarising the main goal of the project.

The energy supply system is to be designed in such a way that power and range can be expanded based on a modular principle: The number of fuel cell and battery modules influences the drive power; the number of hydrogen tanks determines the operation range on non-electrified lines. Therefore, the drive unit can be designed for use in both passenger and freight transport. With a budget of 14 million euros, the project aims to develop, demonstrate and approve such a system within the next four years. The project is funded with 10 million euros by the Fuel Cells and Hydrogen 2 Joint Undertaking (FCH 2 JU).

“Our study on hydrogen and fuel cells in the railway environment showed that there is significant potential for FCH technologies in the rail environment and that hydrogen-powered trains will be an important part of building a sustainable European transport system.” states Bart Biebuyck, Executive Director of FCH 2 JU. “The European Commission has made it clear in its Hydrogen strategy that hydrogen is a promising option where electrification is more difficult – such as specific parts of the rail network. The FCH2RAIL project will demonstrate that the technology provides a flexible, zeroemission solution to replace diesel trains in these areas and I am looking forward to seeing their results.” 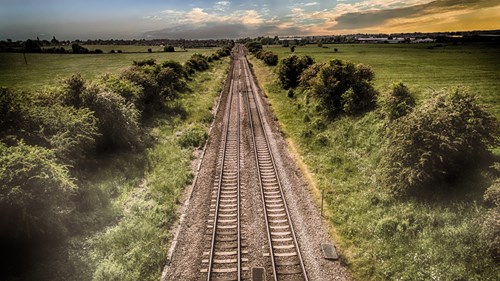 To understand the environmental impacts of such a system, from its production, to its use, up to its disposal and to evaluate the performance under real conditions, it is planned to convert a CIVIA electric commuter train (manufactured by the Spanish manufacturer CAF) and to integrate a fuel cell hybrid power pack in this train. The Spanish state railway operator Renfe is providing the train. One of the central components of the on board energy system are the packaged fuel cell system modules from Toyota Motor Europe (TME), while the batteries and power converters will be provided by CAF. Initial functional tests and trial runs for approval will take place on Spanish and Portuguese tracks with the support of the infrastructure managers Administrador de Infrastructuras Ferroviarias (ADIF) and Infraestruturas de Portugal (IP). The Spanish hydrogen research centre Centro National de Hidrogeno (CNH2) has been entrusted with the construction of a hydrogen fuelling station to refuel the prototype and in FCHPP testing before train integration.

We embrace this opportunity of working within the consortium to bring our fuel cell technology to another type of hydrogen application. Hydrogen has an important role to play in helping decarbonise Europe's railways, and we are excited to integrate Toyota fuel cell modules into the "Fuel Cell Hybrid Power Pack”, said Thiebault Paquet, Director of the Fuel Cell Business Group at Toyota Motor Europe.

Designing and controlling the system, energy management and homologation

Until the first trial runs, the international project team still has a number of technological challenges to solve: For the design, fuel cell and battery modules must be combined and controlled in such a way that the system meets all requirements and can be implemented cost-effectively at the same time. In addition, it should be possible to use the waste heat from the fuel cell modules in an efficient way to heat and air-condition the train. The air conditioning manufacturer Faiveley / Stemmann Technik (STT) and DLR are investigating innovative solutions for reducing the energy demand for heating, ventilation and air conditioning (HVAC) as part of the project.

The project also examines norms and standards in the fields of hydrogen and rail transport and attempts to bring the two together assuring safe interaction between the hydrogen technology and overhead catenary at all times. Based on this, the project team is developing proposals for responsible authorities to make approvals across EU of such trains easier in the near future.

Since CAF was founded, it has been noted for its versatility, flexibility and for its capacity to constantly adapt to the requirements of each and every customer, in all areas. We are a multinational group with over 100 years of experience in the supply of comprehensive transit solutions positioned at the forefront of technology for high value added sustainable mobility.