The two-and-a-half-year pilot is a part of the TransLink Tomorrow Program to help improve mobility in Metro Vancouver and furthers TransLink’s goal of operating a fleet with 100 per cent renewable energy by 2050. The launch was celebrated today in Vancouver, with representatives from TransLink, CUTRIC, New Flyer, and all levels of government in attendance.

“This pilot is a major milestone toward achieving our sustainability targets,” said Kevin Desmond, Chief Executive Officer of TransLink. “Our iconic trolleybuses have been running on electricity since 1948, and we’re proud to integrate the first battery-electric buses to our fleet. These buses are a testament to a strong partnership and the common goal of creating a cleaner and greener future.” 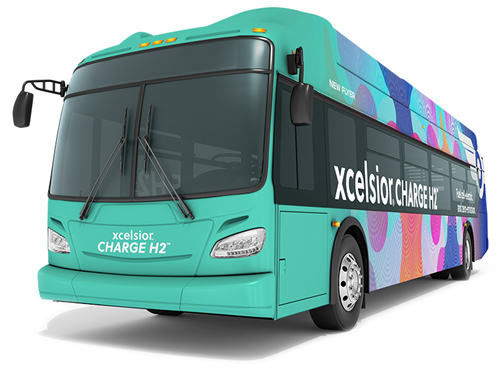 “New Flyer is pleased to support TransLink in the launch of zero-emission, battery-electric transit, and commends the TransLink team on its continued pursuit of innovative mobility and enhanced livability in the Vancouver metro area,” said Jennifer McNeill, Vice President, Sales and Marketing. “Not only will this pilot improve community air quality, it will also shine a global light on Canadian innovation with interoperable, electric mobility brought to life.”

“Everyone in the industry is watching Canada now. This launch solidifies Canada’s position as a global leader in the electrification of transportation, with the first ever interoperable charging system,” said Josipa Petrunic, Chief Executive Officer, CUTRIC. “The investments made to see this project come to life are helping TransLink and Canada achieve their ambitious goals for greenhouse gas reduction through technology innovation."

The pilot, which includes chargers from ABB and Siemens Canada, will evaluate bus performance, maintenance, and customer experience, will begin operation on Route 100 between 22nd Street Bus Exchange and Marpole Loop. The pilot and future acquisition of six more battery-electric buses were supported by funding from the Government of Canada and BC Hydro.

New Flyer is North America's heavy-duty transit bus leader and offers the most advanced product line under the Xcelsior® and Xcelsior CHARGE™ brands. It also offers infrastructure development through New Flyer Infrastructure Solutions™, a service dedicated to providing safe, sustainable, and reliable charging and mobility solutions. New Flyer actively supports over 41,000 heavy-duty transit buses (New Flyer, NABI, and Orion) currently in service, of which 7,300 are powered by electric motors and battery propulsion and 1,600 are zero-emission.