Network Rail has released details of the latest scanning technology that it has been in use in Scotland since April to safeguard the latest passenger and freight trains, many of which have differing requirements to older rolling stock. In July ScotRail begun running its Hitachi Class 385 trains, leading to an inspection programme of the line to check that the new trains can fit on the lines and also fit within the dimensions of existing tunnels and platforms.

The Trimble GEDOScan system collects detailed information about the track and surrounding features ­– such as bridges, parapets, and platforms – gathering exact, high-resolution data that can be used for track clearance assessments on structures and tunnels.

Network Rail has said that the new system has introduced a level of precision never seen before to within 5mm accuracy, increasing safety for the rail engineers whom have to spend less time at the trackside. Employed across Scotland’s network, the Trimble GEDOScan is continuing to be used for general surveys for maintenance and monitoring and also to assess the capability and suitability of specific routes to carry less common varieties of rolling stock, such as class 158 trains on the West Highland Line and the introduction of high-speed trains between Scotland’s seven biggest cities.

The freight industry also stands to benefit from the scanning programme, with surveys carried out to assess the viability of future growth at Mossgiel tunnel (pictured), Drumlanrig, Blochairn and Duke St tunnels as Scotland’s network prepares for larger and longer freight trains. 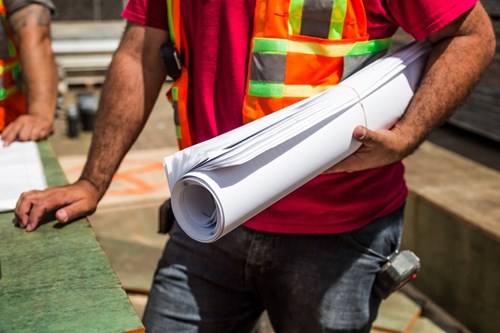 Graham Hutchison, a track geometry engineer with Network Rail in Scotland said that there was more to the initiative than the safety and efficiency savings, it could also influence future operations. “This system is ideally suited to tunnel surveys where irregular construction can make it difficult to locate the main pinch points. The three-dimensional scan measures the full extent of a tunnel precisely in about a fifth of the time than it took previously,” said Hutchison.

The Network Rail safety programme came ahead of this week’s reports that Hitachi’s electric-diesel hybrid trains that will run on the East coast Main Line will initially be powered by only diesel until a signals and points problem is solved. The new Azuma IEP trains – planned for introduction at the end of the year – interfere with trackside electromagnetics, a fault that prevents the electric-powered element of the train from working that means the train would run at lower speeds.

A Network Rail spokesperson said: “Electromagnetic emissions from the train are interfering with existing safety critical systems”, adding that it was Hitachi’s responsibility to fix the problem that it believed could only be fixed on the train. Hitachi, meanwhile, suggested that much of the blame could be laid at the door of “a number of 30-year old signalling systems on the ECML”, which a company spokesperson said was also a problem when it introduced the Pendolino trains on the West Coast Main Line around 15 years ago.

The hub of our global community, SmartRail World is the online home of cutting edge rail and metro technology Since our launch in Summer 2013, we’ve had a focus on the growth of digital technology within the industry – from signalling and telecommunications to fare collection and passenger experience. We are relentlessly focussed on the future, as are our global community. Our readers come to us to learn about the latest industry news trends and developments, and how they can use them on their own rail and metro networks or with their products and services.