Network Rail will work with the Department for Transport (DfT) and Rail North to develop a new plan for electrification of the TransPennine line between Stalybridge and Leeds and on to York and Selby to focus on delivering key passenger benefits as quickly as possible. This is an improvement on the previous plan which only changed the power supply of the trains.

The new plan will deliver faster journey times and significantly more capacity between Manchester, Leeds and York. The upgrade is expected to provide capacity for 6 fast or semi-fast trains per hour, take up to 15 minutes off today’s journey time between Manchester and York and be complete by 2022. When the work is finished, the whole route from Liverpool to Newcastle (via Manchester, Leeds and York) will be fully electrified and journey times will be significantly reduced compared to today’s railway.

Network Rail will also recommence work to electrify Midland Mainline, the vital long-distance corridor which serves the UK’s industrial heartland. Sir Peter Hendy is proposing that line speed and capacity improvement works already in hand are added to, with electrification of the line north of Bedford to Kettering and Corby by 2019 and the line North of Kettering to Leicester, Derby/Nottingham and Sheffield by 2023.

New Northern and TransPennine rail franchise awards will be announced before the end of the year. The new franchises will:

The total programme of rail electrification and upgrades will completely transform the railways for passengers in the north and Midlands and help ensure that every part of Britain benefits from a growing economy.

As a one nation government we are making sure every part of Britain benefits from a growing economy. Connecting up the great cities of the north is at the heart of our plan to build a Northern Powerhouse. This government will see the job through and build a better, faster and more reliable railway for passengers in the north and Midlands.

“The temporary pause in the programme has given us the space to develop a better plan for passengers. People can expect more services and faster journeys. We face some difficult challenges, and there is more work still to do, but the Secretary of State’s decision means we can now move forward with our plans to electrify TransPennine and Midland Mainline”.

About Department for Transport 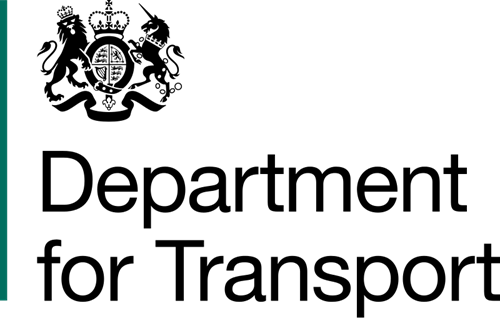 We work with our agencies and partners to support the transport network that helps the UK’s businesses and gets people and goods travelling around the country. We plan and invest in transport infrastructure to keep the UK on the move.

We are responsible for:

The Department for Transport and our agencies employ around 18,245 staff and 354 non-payroll staff, who work in locations across the country.