The NSW Government is pushing ahead with the Western Metro, reserving an initial $3 billion for the game changing project and investing $28 million in NSW Budget 2018 to accelerate the completion of the final business case to get on with the next stage.

Premier Gladys Berejiklian said that this project would be a legacy for generations of Sydney commuters.

“Sydney Metro West will be our city’s next big underground metro railway – a new, easy link between Sydney CBD and Parramatta – and we’re getting on with the job as quickly as possible,” Ms Berejiklian said.

The funding will allow Sydney Metro to start:

Treasurer Dominic Perrottet said that Sydney Metro West will be a landmark project and that the funding was a step towards this new link between the Sydney CBD and Parramatta.

“The Sydney CBD and Parramatta are two great economies and reserving this funding means we are bringing forward the work, subject to an accelerated business case, to better connect these two cities.” Mr Perrottet said.

“Labor could never deliver Sydney Metro West because the foundation of infrastructure projects is a healthy budget."

“This Government is making this project a reality, unlike Labor who previously promised to build a West Metro, before cancelling it without delivering a single track or tunnel. In fact Labor were so incompetent they had to return $81 million for West Metro to the Commonwealth. Only this Liberals & Nationals Government has the record of actually following through and building the projects, like the Metro, that we commit to.” 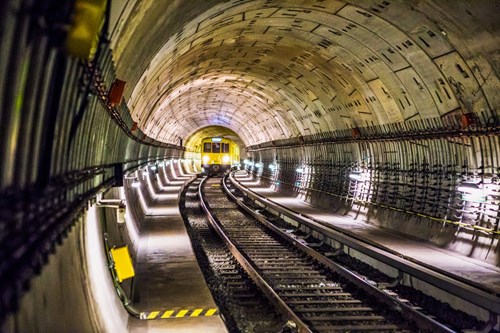 Minister for Transport and Infrastructure Andrew Constance confirmed that Sydney Metro West will link the Sydney CBD with Parramatta and Westmead via The Bays Precinct and Sydney Olympic Park, and that work was underway to determine other stations along the route.

“This massive investment in Sydney’s future will make it faster and easier to get around our great global city,” Mr Constance said.

“This project will redefine how we get around Sydney and will double rail capacity between the two city centres, a true city-shaping infrastructure investment that will serve generations to come."

“We have already begun the work to determine the best underground route between the Sydney CBD and Greater Parramatta with a program of geotechnical drilling, which will continue.”

The most recent round of community consultation saw 1,200 people give their feedback on the project, with further opportunities for consultation later this year.

Subject to the final business case the NSW Government intends to start construction on Sydney Metro West in the next term of Government.

Underscoring the Government’s record on delivering Metro projects, the first stage of Sydney Metro will be opening in the first half of next year with the Sydney Metro North West project from Rouse Hill to Chatswood.

Construction is also already underway to extend the Metro into the Sydney CBD and beyond to Bankstown, to open in 2024 – when Sydney will have 31 metro stations and a new 66-kilometre metro railway system.

Transport for NSW (TfNSW) lead the development of safe, integrated and efficient transport systems for the people of NSW. Their customers are at the centre of everything that they do, including transport planning, strategy, policy, procurement and other non-service delivery functions across all modes of transport - roads, rail, ferries, light rail and point to point. They work hand-in-hand with our operating agencies, private operators and industry partners to deliver customer-focused services and projects - they're making NSW a better place to live, work and visit.