Challenges for the Future

Hyundai Rotem is equipped with manufacturing facilities in Changwon, Kyung-nam and a R&D center in Uiwang, Kyonggi-do with the capability to develop and produce 700 EMU's of railway vehicles and battle tanks a year.

Hyundai Rotem has continuously conducted R&D activities to develop new products such as magnetically levitated vehicles, applying new technology to all kinds of railway vehicles. We are now expanding into the business of signaling, propulsion systems, and system engineering. We are also actively participating in various national R&D projects in the defense industry.

Hyundai Rotem is striving to cultivate new corporate philosophies to play a key role in the nation's key industry. Hyundai Rotem is making efforts to become a socially responsible corporation by seeking ethical management. We are also building a cooperative labor management relationship and enhancing our productivity. Through these endeavors we are aiming to become responsible corporation of high status.

Hyundai Rotem is also expanding its business activities to the global market and is developing technologies that prioritize quality, environment and the people. Our products and services which are a result of such technology provide high satisfaction for our customers.

Hyundai Rotem will grow into a responsible and ethical leader that continues to reach for higher horizons.

Electric multiple units are widely used in inter-city and metropolitan transportation. Hyundai Rotem's EMUs have adopted various carbody materials, including mild steel, stainless steel and aluminium.
Hyundai Rotem concentrates its efforts on safe and comfortable transportation by applying special interior materials with excellent fire-resistant performance, which are equivalent to the materials used on aircrafts.
Hyundai Rotem produces EMUs through the design verification procedures, including the updated technology for the analysis of carbody and bogie strength, and digital mock-up verification steps before mass production.

With population density increasing due to urbanization, the demand and necessity for high speed vehicle services are also on the rise. 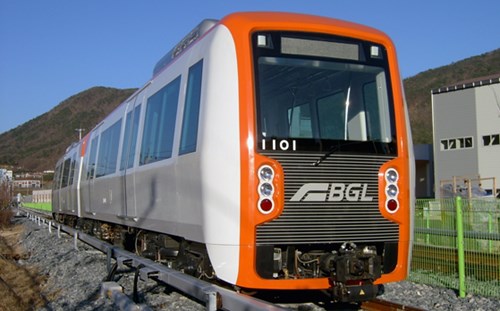 The Light Rail Vehicle (LRV) is a new type of urban transportation systems with the capacity between the subway and the bus. It is an economically efficient transit system with reduced operating costs through fully automated operations with a driverless system.
Furthermore, it is a future-oriented transportation system that can be affordably applied to downtown areas thanks to the excellent curving performance realized by the articulation system.

The Magnetically levitated vehicle is a train that levitates above a rail with power of electromagnets. Since it does not make any physical contact with the track, it has excellent acceleration/deceleration performance, lower curve radius requirement, and less noise and vibration.

The track for a Maglev is much slimmer and less costly to build compared to conventional rail tracks. Also, maintenance costs are significantly lower because the components of Maglev are hardly worn out.

As part of a national R&D project (2006-2013), Hyundai Rotem developed an urban MAGLEV, which has operated since September 2014 on the 6.1km long section on the Incheon International Airport line. The vehicle with 100% domestic technologies is the world's second commercialized urban MAGLEV.

The tram offers an appealing alternative to existing forms of transport and can reduce CO2 emissions and traffic congestion.

Hyundai Rotem succeeded in developing a tram system that can be operated both with and without catenary thanks to batteries fitted into the vehicle. Also, its catenary-free operation let them not defile the appearance of the streets.

Furthermore, Hyundai Rotem has improved the platform accessibility of pedestrians and ensured that people using wheelchairs or strollers can easily get into and out of trams by developing 100% low-floor technology, that differentiates trams from subways or high-level LRVs.

With the accumulated technologies over the years, Hyundai Rotem assures clients of safe commercial use with comfortable ride quality. Hyundai Rotem designs and manufactures customized DMUs, giving flexibility to the basic formation. 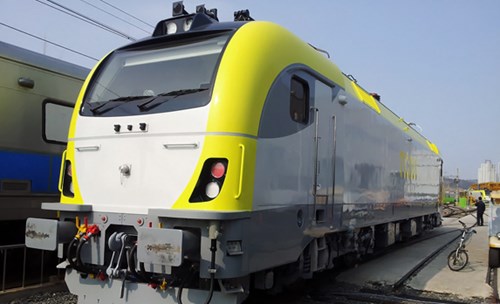 Hyundai Rotem's new electric locomotive model can run at a maximum running speed of 150km/h on electrification section of AC 25 kV 60 Hz, coupled with 700-ton passenger coaches. It has also been designed to run under the climate condition of -35 ~ 45℃. Beginning with Turkey, Hyundai Rotem made inroads into overseas electric locomotive market and the company is meeting various customer needs with customized locomotive design which suited to each region. 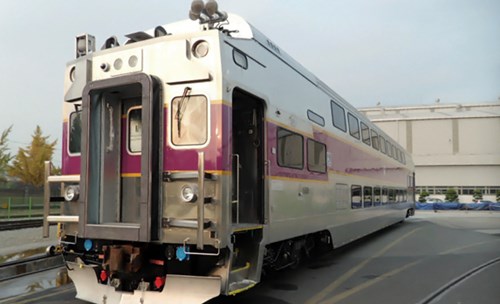 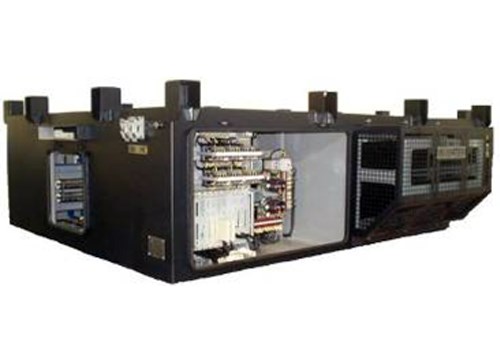 Hyundai Rotem's commitment to R&D has brought tremendous advances in the application of electrical equipment.

Based on its technical expertise, Hyundai Rotem is able to offer various customer-oriented solutions, by supplying lightweight, low-noise electrical equipment suited to customer demands for energy cost efficiency and eco-friendliness.