Transport Secretary Chris Grayling and Network Rail Chief Executive Mark Carne will launch Network Rail’s Digital Railway Strategy and commit to ensuring all new trains and signalling are digital or digital ready from 2019. They will also set out that they want to see digital rail technology benefiting passengers across the network over the next decade.

• safely allow more trains to run per hour by running trains closer together
• allow more frequent services and more seats
• cut delays by allowing trains to get moving more rapidly after disruption
• enable vastly improved mobile and wi-fi connectivity, so that passengers can make the most of their travel time and communities close to the railway can connect more easily

The technology will be fully operational from next year on the Thameslink service in central London, which will see 24 trains pass through every hour. The Digital Railway Strategy is being launched in York, on the Transpennine route, which Chris Grayling will say he wants to be the country’s first digitally controlled intercity railway.

Chris Grayling, Transport Secretary, said: "We are investing in the biggest modernisation of our railway since Victorian times to deliver what passengers want to see – faster, more reliable and more comfortable journeys".

"Passenger numbers have doubled in recent years – which means we need to invest in new technology to help deliver the reliable and frequent trains that passengers want".

"Investing in a railway fit for the twenty-first century will help the UK become a world leader in rail technology, boosting exports and skills. As we celebrate the Year of Engineering, this is a chance to show young people how digital innovation is opening doors to careers that will shape the future of travel." 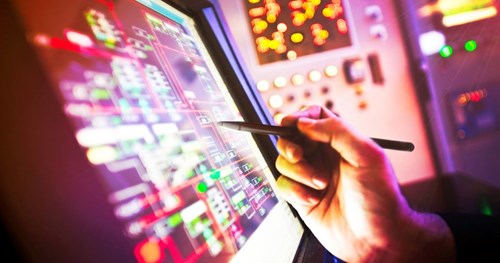 Digital rail technology will ensure the best use is made of the almost £48 billion being invested in maintenance, modernisation and renewal on the rail network between 2019 and 2024, which includes new and replacement signalling. The government has also earmarked £450 million specifically for digital railway schemes.

Mark Carne, chief executive, said: "Not since the railway transformed from steam to diesel in the 1960s has a technological breakthrough held such promise to vastly improve our railway for the benefit of the millions of people and businesses who rely on it every day".

"The age of a digital railway has today moved from the drawing board and into reality as we reveal a blueprint that will improve the lives of millions of passengers and freight users across the country. Today’s commitment is to adopt and roll-out new digital technology, for both trains and track, that will deliver faster more frequent services for passengers and businesses alike, giving our economy a massive boost."

Digital signalling will mean drivers are provided with real-time information about the network and the location of other trains. They will no longer have to rely on signals by the side of tracks, which will mean fewer train services held up, reducing stop-starting. And in the event of disruption, the digital railway will advise signallers of the best option to get services back to normal and help the network recover more quickly.

The roll-out of digital signalling on the UK network is already underway. The technology is assisting drivers as part of the Thameslink Programme upgrades and the rail industry will fit 200 trains with digital signalling technology by the end of 2018. Crossrail will use in-cab signalling to deliver more trains and seats east-west through London.

The government has also earmarked £5 million for Network Rail to develop proposals for embedding digital technology between Manchester and York, as part of the £3 billion upgrade of that route starting next year.

The Chartered Institute of Logistics and Transport(CILT) in the UK is the membership organisation for professionals involved in the movement of goods and people and their associated supply chains.

Members of the Institute are involved in the management and design of infrastructure, systems, processes and information flows and in the creation, management and development of effective organisations. The work of our members impacts directly on people, society and the environment, on business profitability and economic growth.

First established in 1919, The Chartered Institute of Logistics and Transport in the UK is a registered charity and part of the CILT international family with over 33,000 members in countries across the world.

Our vision is for The Chartered Institute of Logistics and Transport to enable innovation, excellence and value creation for both individuals and corporate bodies by being the leading membership organisation and education provider within our community of professionals.